ROCHESTER HILLS, Mich. — A Rochester Hills man who says he learned of his wife's affair by reading her e-mail on their computer faces trial Feb. 7 on felony computer misuse charges.

Thirty-three-year-old Leon Walker used his wife's password to get into her Gmail account. Clara Walker filed for a divorce, which was granted this month.

Leon Walker tells The Oakland Press of Pontiac he was trying to protect the couple's children from neglect and calls the case a "miscarriage of justice."

Privacy law writer Frederick Lane tells the Detroit Free Press the law typically is used to prosecute identity theft and stealing trade secrets. He says he questions if a wife can expect privacy on a computer she shares with her husband.

The Gordian nightmare of public pensions:

Maybe it’s because I’m European, but I simply cannot get my head around a developed nation where people with lifelong service in the police or the fire brigade can find themselves with no pension at all. Zero. But if you’re unlucky enough to have served in Prichard, Alabama, that’s the situation you’ve found yourself in for the past 14 months

The NYT had a heart-rending story on the city’s finances last week: it seems that if a city has unfavorable demographics and an incompetent government, then there’s no one—not the state, not the federal government, not any kind of pensions guarantee agency—willing to step in and make things right.

Nettie Banks, 68, a retired Prichard police and fire dispatcher, has filed for bankruptcy. Alfred Arnold, a 66-year-old retired fire captain, has gone back to work as a shopping mall security guard to try to keep his house. Eddie Ragland, 59, a retired police captain, accepted help from colleagues, bake sales and collection jars after he was shot by a robber, leaving him badly wounded and unable to get to his new job as a police officer at the regional airport.

Far worse was the retired fire marshal who died in June. Like many of the others, he was too young to collect Social Security. ‘When they found him, he had no electricity and no running water in his house,’ said David Anders, 58, a retired district fire chief. ‘He was a proud enough man that he wouldn’t accept help.’

Back in March, Prichard was given two months to work out how it was going to pay its pensioners—and that was after they’d already gone without pay for half a year. Today, we’re told, ‘a mediation effort is expected to begin soon.’ And according to Michael Corkery, the city has proposed capping benefits to current retirees at about $200 a month.

The problem here isn’t gold-plated pensions—Prichard was paying out only $1,000 a month on its average pension when it defaulted back in October 2009. Neither is it, as Mish would have it, the Alabama legislature, which passed various bills amending city pension plans over the years. And it’s not greedy bondholders, either, asserting their seniority over pensioners: Prichard doesn’t have any outstanding bonds, and even bank loans don’t seem to be an issue.

Ultimately, the problem here is a confluence of two factors. On the one hand you have the nationwide—and indeed global—issue of unfunded public pension liabilities. On the other hand you have the statistical inevitability that in a country with thousands of municipal pension plans, some of them are going to run out of money.

One thing I’m pretty sure about: if and when a city with bonded debt arrives at the same place as Prichard, all the covenants in the world won’t be enough to protect bondholders from default. It’s politically impossible to pay creditors on Wall Street while short-changing people who worked for the city for decades and who have no other income to fall back on.

And more generally, the problem of municipal pensions is shaping up to be a Gordian nightmare. Cities which have diligently funded their own pension plans won’t ever want to bail out those who haven’t, or see federal funds used for such purposes. But on the other hand, situations like Prichard’s are clearly unacceptable, which means that there has to be some kind of bailout. Public pensions, I fear, could turn out to be the biggest moral-hazard play ever. 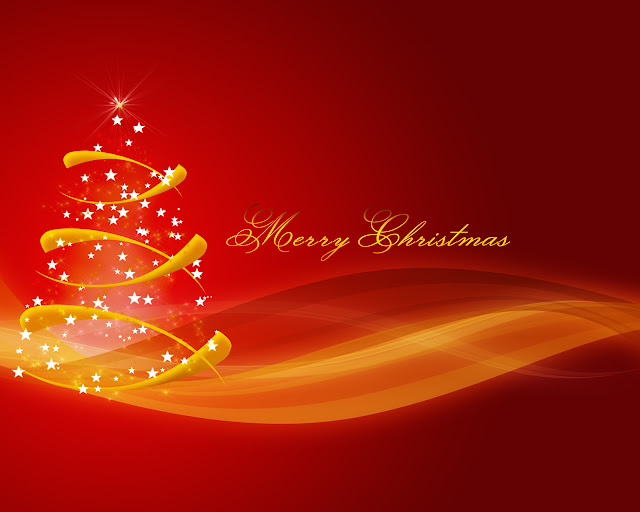 In short, the horror story collapses as soon as anyone gives it any serious thought. The Wall Street gang can hardly be faulted for trying cheap scare tactics for pushing its agenda; after all, it worked so brilliantly with the Tarp (troubled assets relief programme), two years ago. At the time, the plot line was that unless we immediately gave all our money to the Wall Street banks, with no questions asked, then the whole economy would collapse.

The government turned over not only the $700bn in Tarp money, the Fed also made trillions of dollars of secret loans to the Wall Street banks, as was revealed last week. This support, including guarantees that may have been even more valuable, allowed giants like Citigroup, Goldman Sachs and Morgan Stanley to survive the financial collapse that they had helped to create. As a result, bank profits and executive bonuses are higher than ever.

In short, Wall Street has a proven winning strategy. Come up with an end-of-the-world horror story, get the Washington Post, National Public Radio and other media outlets to hype it endlessly, and then watch the politicians rush to hand over the taxpayers' money. Their next horror story will, no doubt, be the most frightening yet.

This is a political more than an economic issue. It is possible for a currency union to survive sovereign defaults. The question is, rather, whether members believe the arrangement remains beneficial. The difficulty for surplus countries is that they must finance those in deficit, accept external adjustment or push the eurozone into external surplus. The difficulty for deficit countries is that the cost of leaving the eurozone is to face debt crises. If those have happened already, the costs will seem smaller. If they think they have replaced currency crises with credit crises, which do not even restore competitiveness and growth, they may see the union as a bad deal. Political glue could melt. Such calamities do happen. It is now up to the members to see that they do no

The premium investors demand to hold Belgian government bonds rather than benchmark German debt rose to its widest level since early 2009 on Monday as the country issued 2 billion euros of 2014, 2020 and 2035-dated bonds.

The Belgian/German 10-year bond yield spread widened to 110 basis points from around 102 bps at Friday's settlement.

Belgium hit the middle of its target range at higher yields than in previous auctions in a sign investors are increasingly concerned over its high level of debt as the euro zone crisis continues to claim casualties.

As prioridades do nosso governo

The success of the program will depend crucially on the market reactions. Here you can see a snapshot of the bond markets this morning, as compared to Friday morning. The yield spread – the measure of risk is unchanged in the case of Ireland and Spain, and it is marginally low for Greece and Portugal. But the spread is only a difference. German yields themselves rose further, to 2.76% this morning, which reflects market concerns about the bailout burden on Germany, but without alleviating the concerns about default risk in the periphery. It is a kind of the worst of both worlds scenarios.

This is an exceptionally bad reaction to the deal, especially as a lot of questions are now answered. To us, this suggests that the markets are concerned about Ireland’s fundamental solvency, something no bailout package can ever address. And we cannot see how interest rates at 6% are consistent with solvency.

As a nation we're a joke, a laughing stock, and now it's time to become a colony of the IMF under the direction of the same cowboy outfit that brought peace and prosperity to Argentina and Iceland. O Joy, I just can't wait. We the Irish People have our asses greased for yet another bout of sodomy. We're used to it. It feels good. And this time we walked right into it. Heck, we can always get drunk afterwards, have a rare old session and weep and wail over our Fenian dead. 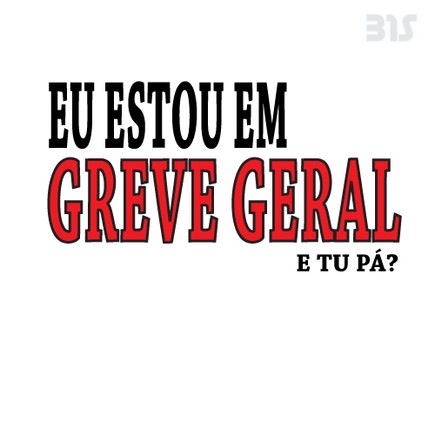 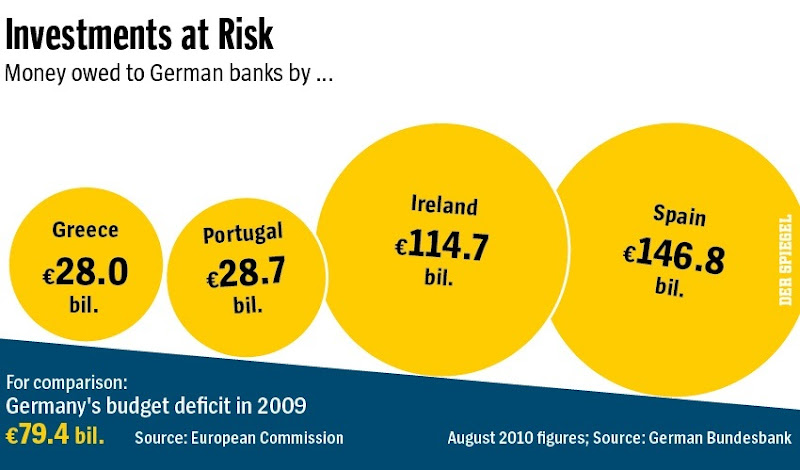 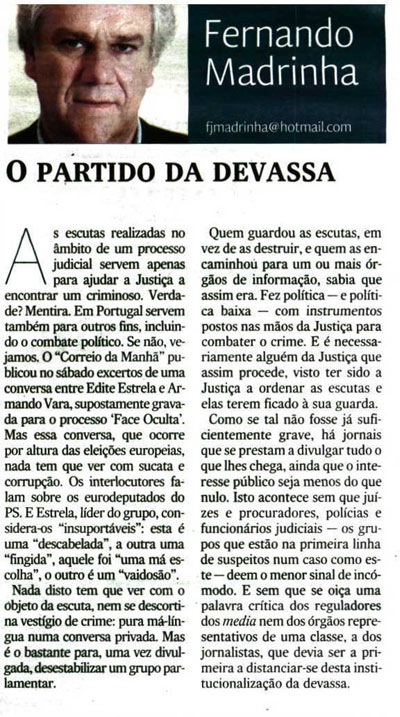 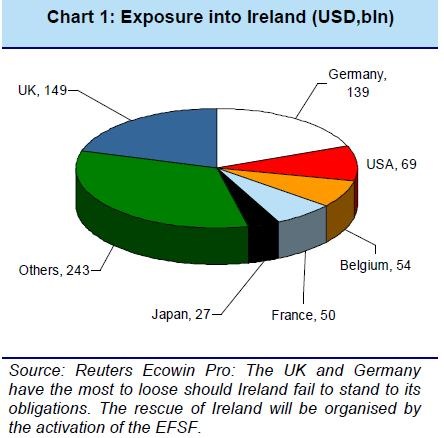 ﻿But it’s the utopians of European integration who should learn the hardest lessons from the Irish story. The continent-wide ripples from Ireland’s banking crisis have vindicated the Euroskeptics who argued that the E.U. was expanded too hastily, and that a single currency couldn’t accommodate such a wide diversity of nations. And the Irish government’s hat-in-hand pilgrimages to Brussels have vindicated every nationalist who feared that economic union would eventually mean political subjugation. The yoke of the European Union is lighter than the yoke of the British Empire, but Ireland has returned to a kind of vassal status all the same.

As for the Irish themselves, their idyllic initiation into global capitalism is over, and now they probably understand the nature of modernity a little better. At times, it can seem to deliver everything you ever wanted, and wealth beyond your dreams. But you always have to pay for it.

"We are no Portugal"

﻿“We are no Portugal”

We picked up this statement by Elena Salgado, who said she saw no reason to compare Spain with Ireland and Portugal. One can understand the wish not to be compared to Ireland, but Portugal? Is she saying that Portugal is like Ireland? Does she think Portugal will default? Or need EFSF funds? I think we should be told. So Ireland says it is not Greece. Portugal says it is not Ireland. Spain says it is not Portugal. And who knows, Italy may soon tell us that it is no Spain. It looks like there is a fire in the theatre, and they all rushing to the exit, everyone for themselves, against each other.

﻿This is what happens when you in constant denial of a problem. It gets on top of you. The FT reports this morning that corporate customers have been pulling out their deposits from Irish banks, amid signs of fading confidence in the banking system. Irish Life & Permanent said corporate customers had withdrawn €600m, more than 11% of total deposits, during August and September. The FT report says there is evidence that another deposit crunch is happening right now, as confidence faded that the Irish banking sector is able to fund itself if, and when the ECB scales backs its emergency funding.  But even the  ECB funding had not been sufficient as Irish central bank had to provide €20bn in exceptional liquidity assistance outside the ECB programme. And, wait for it, Brian Lenihan, the Irish finance ministers, tells the world that the Irish banks had no funding difficulties. 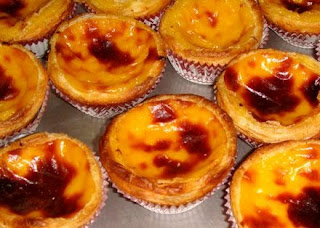 Nov. 16 (Bloomberg) — Greece has not met the commitments it made to the European Union in return for its agreed bailout package, so Austria has not yet released its contribution to the package, Agence France-Presse reported, citing Austrian Finance Minister Josef Proell.

Nov 16 (Reuters) - Finland is against putting pressure on Ireland to quickly apply for a European Union bailout, saying EU financial aid must be a last resort

"﻿One of the key lessons we’ve learned in this crisis is that any time a small country takes pride in its large and profitable international banks, everything is liable to end in tears. Big banks are too big to fail, which means their national governments have to bail them out—but when the banks are as big or bigger than the government in question, such a bailout becomes politically and economically disastrous. My feeling is that no government should ever allow its banks to become too big to bail out, because no government can credibly promise not to bail out such banks should they run into difficulties"

A era do "Too Big to Fail" tem de terminar!