It's time to Play the Game!

"A British resident held in U.S. custody for seven years has accused U.S. officials of torturing him and beating him dozens of times while he was held at a secret CIA prison and later at Guantanamo. The Ethiopian-born Binyam Mohamed returned to Britain on Monday after becoming the first prisoner to be released from Guantanamo since President Obama took office.
He was released on the same day the Pentagon issued an 85-page report declaring Guantanamo to be in compliance with the Geneva Conventions. In a statement released to the media, Binyam Mohamed said: “It is still difficult for me to believe that I was abducted, hauled from one country to the next, and tortured in medieval ways – all orchestrated by the United States government.”
Mohamed was arrested in Pakistan in 2002 before being taken to Morocco and Afghanistan, and then on to Guantanamo Bay, where he spent more than four years. He also accused the British government of being complicit in his torture."
Publicada por Unknown à(s) 6:21:00 da tarde Sem comentários: 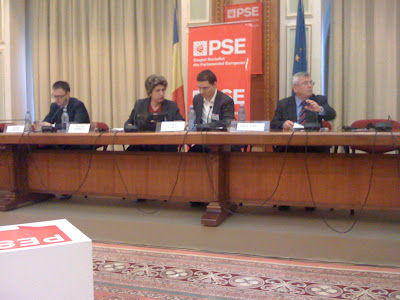 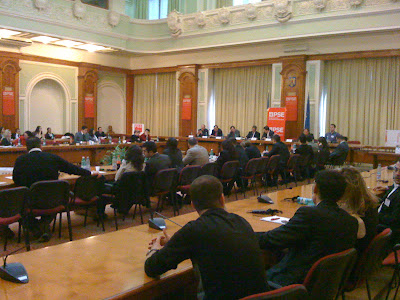 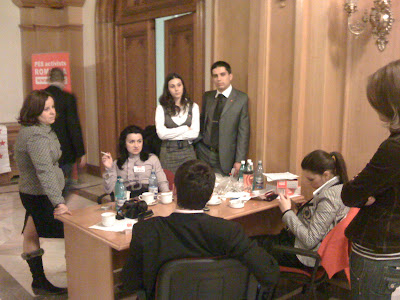 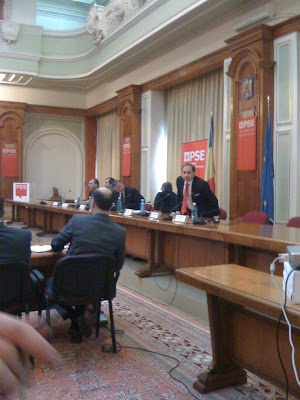 Christoph Zopel, President Economic Commission at Socialist International, Victos Bostinaru, MEP; Victor Ponta, Minister; Ovidiu Jurca, vicepresident BNS; Catalin Nechifor, MP; Dan Mhalache
lost in translation - Christoph Zopel is speaking in german and there is a romanian translation. I real edin after the collaps of the comunismus in the Soviet Union economical advisors came and install tne economi without any rules. ly wanted to hear him...
Edin Trebinjac (from PES activists Bosnia & Herzegovina) will comment Zopel
[Edin] Zoppel started his speach mentioning that Europe has to have rules in Economy so that there is no crisis.edin writting- After the collaps of the comunismus in the Soviet Union economical advisors came and install tne economi without any rules.
[Edin] every product should be included in common market (like a European cell phone market, not national)the banks are not giving any more loans to people because they dont have money and they are going down for the 1 time in history.
[edin] the state as to take responsability for the banks when they put the state money in they because state money is the money of taxpayersedin] the romanian deficit is 3% of the budget and that is not a big problem.[edin] Europe has to come to a solution together, and not promote national answers like the czech presidency proposes
Thank you Edin.
Victor Bostinaru, Romanian MEP, has the stage. lost in translantion again. Now he speaks in romanian and there is a german translator.
[edin] - he said «capitalism is dead»
[Edin] europe has to invest in health, education and research. it needs to renacionalize the economy in some sectors.
[edin] the big banks from west europe have their banks in eastern europe and they sent the income from them immediately to the mother houses[edin] like this, there is nothing left to invest in eastern european countries.
[edin] from Ovidiu Jurca, vice president of the BNS (trade union). He said that workers strike in Dacia/Renault because they are not paid
[edin] he mentioned the abuse of chinese workers in Romania and the trade union took this matter to the government.
we just noticed (edin and me), that there are no women in this pannel. and no tomorrow. so, 20 men and 1 women. still a lot of work to do... 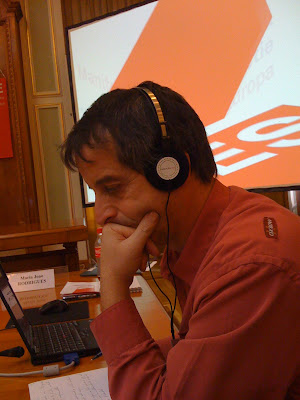 the debate is open
question about a European minimum wage
Julian Scola answered that all European citizens should have the same working rights as national citizens
new question. UN program for development... lost the translation...
question for Julian Scola: can you say more about the EPP manifesto?
another question about Italy. Is seems to be an important topic, for speakers and participants.
answers: there will be no protocol for the european elections. PSD should run alone. this is my point of view (Banicioiu)
Answer (Julian Scola): addresses the brain drain problem (Romanian highly skills professionals leaving the country), and refers to the manifesto proposals on the issue.
Julian presents the point that voting for conservators is voting Berlusconi, and that is something that the Romanian people should not want.
Publicada por José Reis Santos à(s) 9:56:00 da manhã Sem comentários: 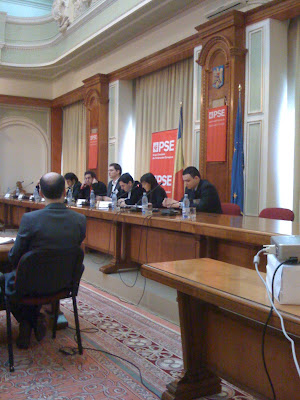 Oana Mizil is now the speaker. I have to use a head set to listen to the translation.talks about the importance of the presentation of the manifesto in Romania. Talk also about the importance that Romania could have in europa goes on to talk about the energy problem in Europa, and how Romania can help in that domain it is important to try and put into action the Lisboa Treaty, and emphasizes the importance of a stronger foreign policy for the EU Mizil just finish, the last thoughts were to to importance of the EU relations with India, China and other countries, like Italy. applauses
new speaker. Ioan Mircea Pascu. MEP. follows the international relations theme. focus on italy and the Romanian diaspora. it is important to integrate the Romanian Diaspora in the life of the European Union. Romania achieve some of its primal goals when it entered the European Union and NATO. We need another project, we need to keep looking. although Romania is the 7th country in Europe, it is not the 7th voice. something is lacking. something is needed. A new project as to appear big applause.
new speaker. Nicolae Banicioiu. President of TSD, the youth organization. follows the lead of Ioan Pascu. talks about Italy and Diaspora
(edin trebinjac - from Bosnia - just mentioned that there is only one women on the speakers table. 7 men.) Banicioiu goes on to say that the European elections are important for the PES, as they want to capitalize on the last general elections
(Edin noticed that the only women just left. we have now a full men table).
New speaker. Ionut Sibian, from FDSC, the biggest Romanian NGO. It is very common here to have NGO's invited to political debates. talks mainly about international cooperation. Reminds people that the EU is the 2nd worldwide contributor to international aid all EU countries want 0.7% of PIB to go to international aid. this money should go into Africa, Asia or other poor countries it is also important that some money goes into transparency institutions. Also Afghanistan and other war theatres were Romania has troops, are important places to aid. Especially in their reconstruction policy. romania should, then, have an active part in the EU; creating and developing contact networks for international aid.
Publicada por José Reis Santos à(s) 9:28:00 da manhã Sem comentários: 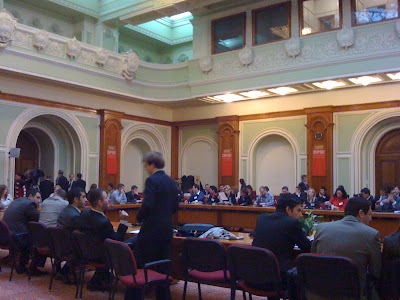 Julian scola is the 1st speaker. He talks about the PES manifestothe manifesto was a broadwide construction.
He goes on to talk about the proposals of the manifesto (more than 70 concrete proposals)
talk about the virtues of our proposals, regarding a New social Europe, a gender balanced europe.
Now he confronts the PES manifesto with the liberals and the conservators.the liberal and conservative approach is not the right one for todays Europe, as they do not attent and promote a fairer europe
For the campaign PES is promoting a wide set of initiatives, as the European Days of Action, the PES Cube or the PES manifesto
julian scola just finished. big round of applause. A PES cube animation is on now.
Publicada por José Reis Santos à(s) 9:07:00 da manhã Sem comentários: 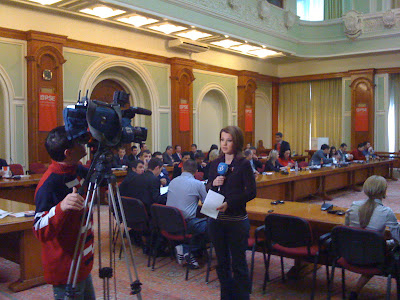 Day 2 on our Bucarest conferences.

I will also be twitting.

Enviar a mensagem por emailDê a sua opinião!Partilhar no TwitterPartilhar no FacebookPartilhar no Pinterest
Etiquetas: Evolução da Espécie, The Simpsons 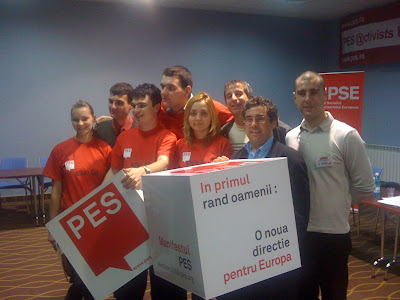 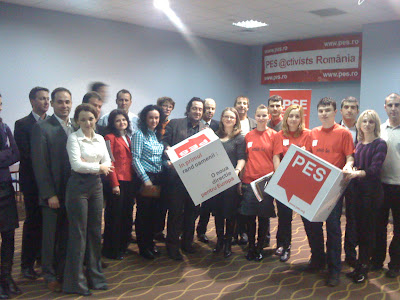 Over 40 PES activists from Romania came together in Bucharest on Friday 20 Feb to begin a weekend of discussions and reflections. They were joined by Romanian Social Democrat MEPs Adrian Severin and Gabriela Cretu and activists from Portugal, France and Bosnia. Yes, there’s a PES activist group in Bosnia!! (Read more here)
Publicada por José Reis Santos à(s) 6:18:00 da tarde 1 comentário:

From twitter 1: just arrived in Bucarest for a PSD event. I am here as PES activists Portugal and with Julian Scola (PES Media and campaign coordinator)

From twitter 2: I will try to liveblogg and twitt. Do not know if it will be possible.

From twitter 3: I forgot that I was one of the speakers at the meeting...(and there was no wifi connection). going to to a post soon. 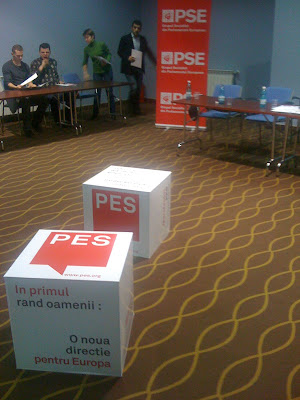 Juntar a voz no protesto 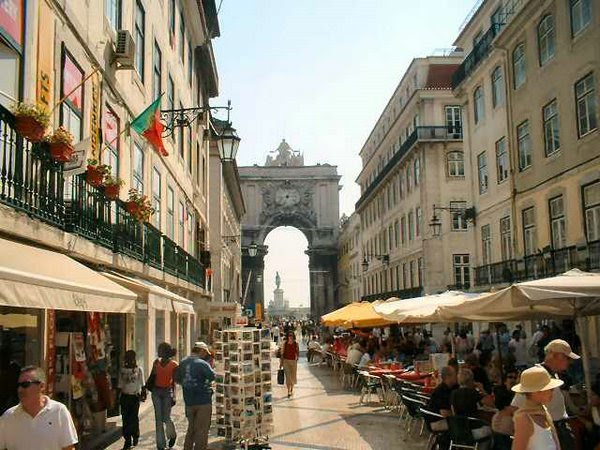 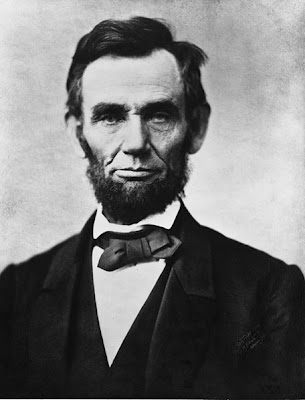